The William Kerchner Farm was located on the east side of Route 100 north of Macungie PA
The 1835 home was torn down about 2005 to make way for a mall with a McDonalds Restaurant and bank.
The initials WK and the year 1835 were in the apex of the north wall of the home built in 1835
on a keystone up near the roof. Unfortunately, in the only pictures I have, this is
very difficult to see. I did not know the home was being torn down or
I would have attempted to get the keystone with his initials and the year
of construction on it. This was the second Kerchner home on this site. The earlier
home William Kerchner lived in on this site was a frame home and located
further back on the farm property to the rear of the 1835 home.
An iron ore mine was in operation on the Kerchner Farm property during the
mid-1800s and it helped make the early Kerchner family quite wealthy.
This wealth was liquidated and divided amongst many children and grandchildren
of William's son, Johannes Kerchner who died in 1888.


For best results print this page using a laser printer. 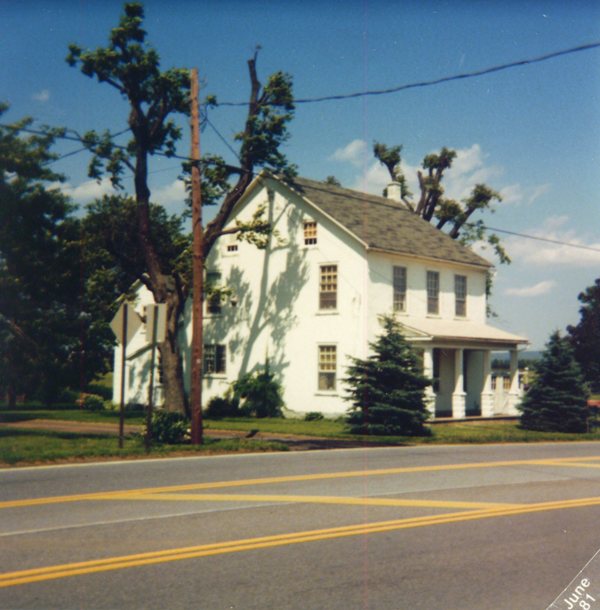 William Kerchner's 1835 Home - Picture taken in June 1981
Home was along Route 100 north of Macungie. It was near and across from
the entrance to the Mack Trucks facility. This view taken looking s.e.
Photo taken by Charles F. Kerchner, Jr., a direct descendant of William Kerchner. 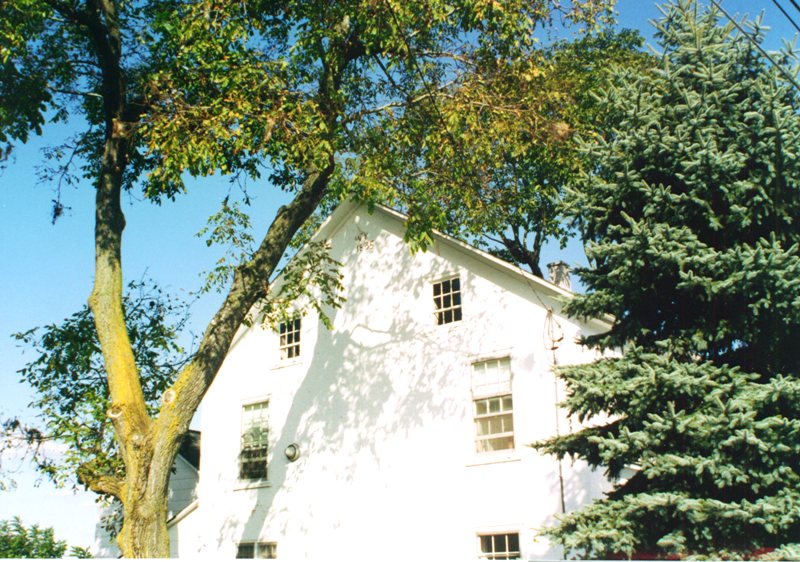 William Kerchner's 1835 Home - Picture taken in 1992
Home was long Route 100 north of Macungie. It was near and across from
the entrance to the Mack Trucks facility. This view taken looking s.e.
If you look carefully you can see the WK and the year 1835
near the top of the wall up near the peak of the roof.
Photo taken by Charles F. Kerchner, Jr., a direct descendant of William Kerchner.


Links to other surnames of prime genealogical interest to me: